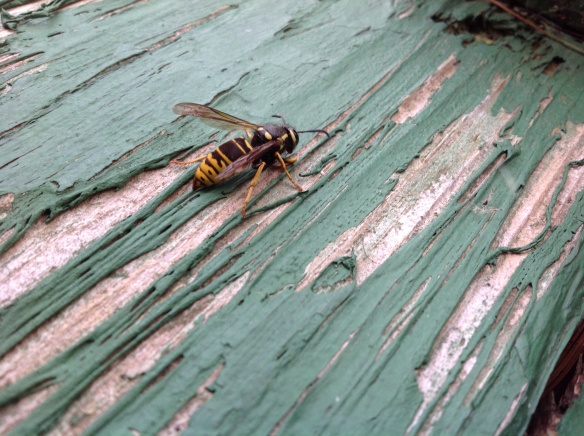 Have you ever heard the sound of hornets, menacing with offensive moves to destroy the ministry to which you have been called?

David knew the buzz of battle loyal men to Saul whose stinging jealousy pursued him with tenacious flight, determined to fight the anointing of God upon this shepherd boy chosen to be king in his place.   But David would not crush the yellow jacket of the cowardly yet powerful king when given the opportunity at the back of a cave.  He would brush aside the fellow racket from his own men who urged him to take things into his own hands.  He gave Saul every reason to set aside the barbs of venomous fear which sought to do him in by showing he was no threat. He put his life into God’s hands trusting him for the protection and direction he would need.

As Saul set out to comb the countryside in search of David, an inflamed itch to eradicate this perceived competition stirred the hive and drove a swarm mentality, a phenomenon associated with a collective response to the pheromone released by a hornet who feels the need to protect itself against perceived attack.  Yet, with his back against a wall, in the honeycomb of the enemy, David found it in his heart by the grace of a loving God to not pick up the spear.  To leave it there.  To be relieved of taking vengeance for himself as Saul sat in vulnerability, and to speak instead with the honey of God’s word of grace and reconciliation to patiently endure the storm until it passed by … again. (1 Samuel 24)

Unlike bees, the hornet can sting multiple times with their poison just like Saul, never giving up the chase to corner David, wanting to stab with a lethal dose through tenacious attack.

Morose in the seemingly endless need to find shelter and concealment, David poured out his soul in psalms of honest lament.  Yet, by faith, he also hid his soul in the God who faithfully led him through this period of painful preparation to take the seat of the royal throne in his time.

To be hounded by hornets is an unnerving test.  They are no idle threat but vibrate with the vested interest of our demise in their concern to retain territorial control.

Called.  Charged to bring the light of Christ in a particular setting.

Yet, a single hornet lights unseen and leaves a sharp intimidating sting.

‘Expose me now and my whole nest will swarm, devour, destroy.’

Perched upon the window ledge of every group decision,
month by month, year by year,
a yellow jacket buzzes in the shadows
insisting on unchallenged power
with piercing threat and fierce pretension of innocence,
covering its intent to harm by sweetly flirting with soft petals
well trained to give up independent thought;
producing tasty honey made from choice innuendo
cross-fertilized with rumour and hidden agendas;
offering sweet morsels of mortal allegation to all who will listen;
nurturing the loyalty of a well-groomed hive                                                                        in preparation for the day when its prey will be attacked upon command.

‘I will sit upon this window ledge until I have my way.’ 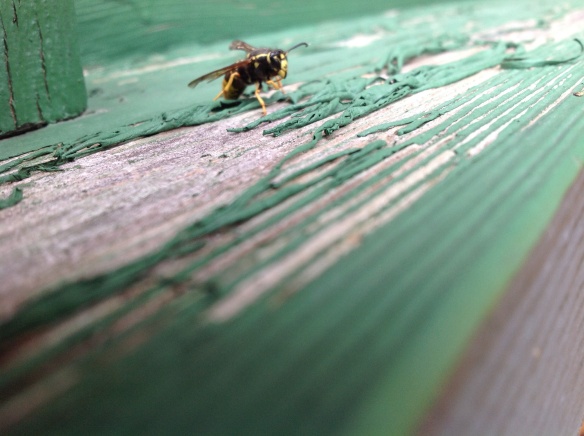 Jesus, son of David, Son of God, sent his disciples out with the equalizing message of repentance and forgiveness to live as one in peace.  But the hive of hardened hearts would hum with vicious resistance on many occasions.

“Behold, I am sending you out as sheep in the midst of wolves, so be wise as serpents and innocent as doves.  Beware of men, for they will deliver you over to courts and flog you in their synagogues, and you will be dragged before governors and kings for my sake, to bear witness before them and the Gentiles.  When they deliver you over, do not be anxious how you are to speak or what you are to say, for what you are to say will be given to you in that hour.  For it is not you who speak, but the Spirit of your Father speaking through you …  A disciple is not above his teacher, nor a servant above his master.  It is enough for the disciple to be like his teacher, and the servant like his master.  If they have called the master of the house Beelzebul, how much more will they malign those of his household.”  (Matthew 10: 16-20, 24, 25)

Do not fear the hornet’s sting, for there is not a thing which can come against us taking the Father unaware.   And there, where we learn to walk in his love in the face of real danger, chambers which champion a mobbing, throbbing attitude of malice become places of potential redemptive work in all.

May I encourage any who are tired from the chase by those who chastise as we seek to follow Christ to not cave in and take a Saul like stance, but dance with David’s heart before the Lord and take his loving lead.   The grist of hornets becomes grist to the mill of transformational ministry more profound than we once thought possible.

We are safe in him.

‘Lord, the buzz of battle may at times horn in to the inner conversation of our well being and cast a net of fear, but you restore our peace when we cease to strive against the hive and leave things in your hands.

And for those who feel the sting of a hornet in the shadows, the invisible threat whose backup chorus hums a tune of something close to hatred, bless and bless again with a mighty measure of your love to walk in strength as David did, a lamb among wolves, a future king among the stings of assault against his call with harmless harbingers of love and hope.    Amen.’ 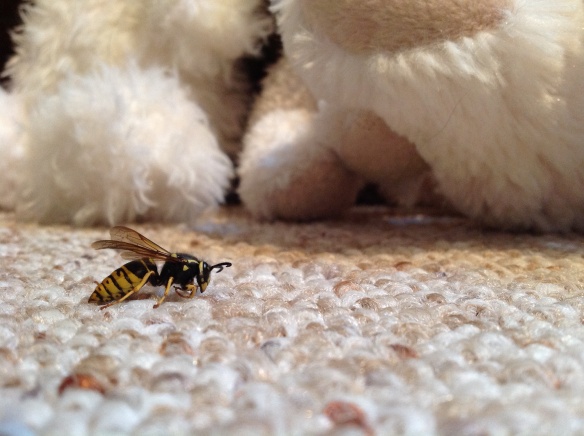