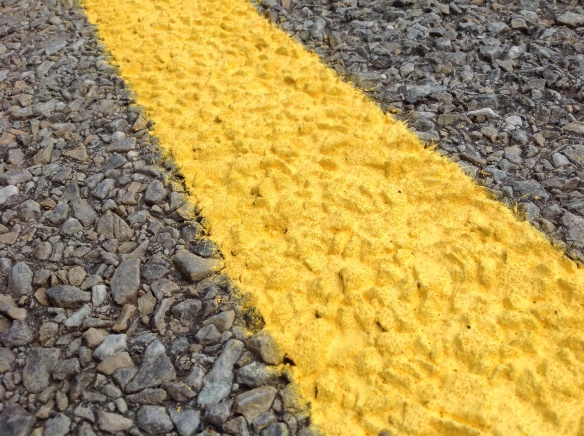 We’ve probably all crossed a line or two we didn’t know was there, surprised by the animosity on the other side.

We assumed a level of friendship which didn’t exist.  We presumed we all felt a similar way about a particular topic and shared our thoughts openly, unintentionally offending those who heard.  We resumed a certain path in leadership thinking others were on board.

And firm, visible, bold lines were drawn so we wouldn’t make the same mistake again.

We’ve probably also tossed ideas around in our minds but missed the line of reasoning of another. We’ve glossed over important details.  We’ve lost sight of other views … or they ours.

And lines of opposition were formed like the new line painted on our road the other day where none had been before. We are caught on sides where sides needn’t be and must be quick to lead as one among many living stones walking together in Christ, even if a few take the yellow way of breaking unity and causing much pain.

Perhaps we maintained lines of orthodox belief where others wished us to water them down, or conversely, considered fresh perspectives among those saying there was no room for discussion.  Perhaps the problem was more along the lines of differing perceptions regarding the nature of what the mission and message of the church is to be. Perhaps it was simple or not so simple personality clashes and power struggles.

Regardless, we became separated by lines not easily erased.

Some lines of division arrive unexpectedly, but in certain situations, we are quite aware of lines we have chosen to cross – or not – for what we deem to be a greater good in line with our call to servant leadership in his name:  humbly addressing fundamental characteristics which mark distinctively different spiritual quests with honesty and love; working to break down social distinctions which simply have no place in Christian community; healing broken relationships in need of forgiveness.

We pray for rains of grace to live together in generous love and wash away whatever lines of division need to go … and courage to own up to those which belong.

Jesus was a master at reading lines, visible and invisible, out in the open or in between, and knowingly, willingly choosing the ones he would address with a sandalled toe crossing into territories not expecting his presence, or a scandalous new light thrown on faulty understandings of God’s true heart and design.

He didn’t flirt with compromise, yet showed the greatest understanding ever known.

He didn’t skirt the issues but bore attack or lack of empathy bowed down in  love.

He didn’t shirk in any way his call to be a bridge, the Mediator between God and man, the Line of Deliverance, the Lion of Judah, promised from the beginning when lines of separation were first drawn.

He knowingly crossed risky barriers by touching those who lived beyond the limits of community and spoke unheard lines of compassion to those rejected by the crowd, not allowed to be a part of the whole enjoying wholeness of body, mind, and soul.

He artfully lined up scriptures to teach the spirit and intention behind strict boundaries of law and made a way for us to cross the line from lost relationship with self, others, and God into a life of rich communion by faith.

He cast a lifeline for each human soul to find the relentless love of the Father defacing lines of sin in grace so we can walk the road of life with him as one people – no Jew or gentile, man or woman, slave or free, all free to discover the perfect balance beam of justice and mercy which breaks all barriers down in peace.

When we are cut off by human lines of division because of the gospel, we remember the road of suffering our rebellion first caused him, a saviour who paid the high price of lining out pretentious Pharisees and scribes who wished to keep clearly delineated and mutually exclusive categories for those deemed ‘in’ and ‘out’ through rules of their own making, and underline our gratitude by choosing forgiving love at every turn.  We are not yet at the end of the road and aren’t sure where it leads or how God will be at work in each one we meet along the way.  We choose to look at everyone through his eyes above the lines we think we see and let him do his work in you and me.

He alone will draw definitive lines when names and deeds are read … but not yet.  He holds out rescue lines of saving grace until the end.

We still live along the timeline of redemptive history which straddles good and evil marked by a long shadow falling from the skyline of Jerusalem, so its best to withhold judgement. From the two simple lines of an old rugged cross which held the Son of God in place by his own choice, Jesus erases the lines of accusation against us. With generous forgiveness, he gives a direct line to the Father aligned by the Spirit who paints an unfading line between time and eternity and our position of certain hope on the road … then boldly tells us to live in forgiveness in his name.

Sometimes we have to cross lines of political correctness, or personal rejection, or pounding objection to tell and live the story of his love in sweeping lines which bring his message home to those we meet and serve as warm and welcome lines from a friend who has borne our deepest offence and still waves the flag of his presence.

What lines might we need to cross, or perhaps cross out with the brilliant glow of forgiveness to open up and better share the road with our travelling companions? 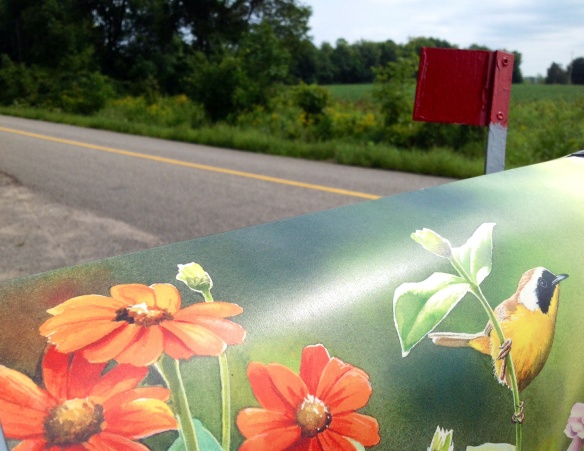 ‘Lord, we stand in a long line of those who bear witness to the line you once drew in the historical sand where love conquered all to break down every wall.  It separates our hopeless disconnect with union in Christ, our dead-end neglect of dependence on you with new life which leads to streets completely paved in gold where we ourselves have been refined to find the line of grace in every word.

For each one cast to the sidelines because of your gospel word, wash away the lines of pain and paint upon their souls a letter of priceless gain for standing in line with you in love. Amen.’