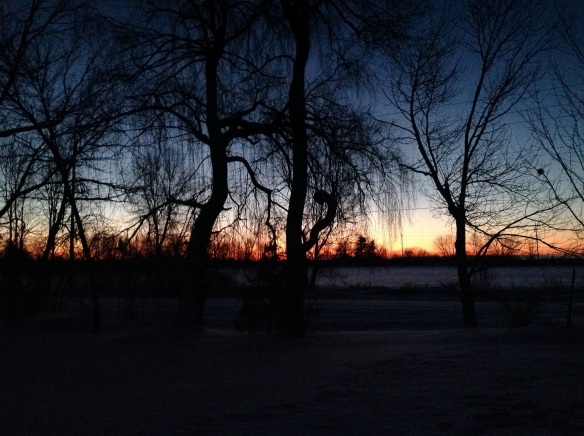 Attacked and brutalized in spirit, nighttime sometimes falls upon our souls.

It is a challenging time in history to wear his name.  In the same manner our brothers and sisters within the persecuted church around the world for whom we’ve prayed these past six weeks awake to new hardships, we too may find ourselves behind the gaze of hatred on account of him.

Filtered through faith shaking events and sparse outlines of resurrection life to come we can begin to lose sight of the certain hope which is ours in him as vigils of horror and atrocities make it seem as though the night will never end.

But it will.  May we remember his love until the light grows strong again.

Having shared bread and wine around a table of blessing with his disciples the night before he was crucified, Jesus strengthens himself in the love of the Father to endure what was to come.

Light still flickered in the evening dimness of an upper room exposing the condition of a human heart in defiance of God’s renewing work of spiritual life as Judas made his way into the darkness and shadowy ambitions took flight.  Back room deals with shekels of shameless and scandalous betrayal danced in the deceptive offer of earthly reward and ungodly aspirations.

Being stabbed in the back cuts deep.

Lances and spears pierced the quiet stillness of Gethsemane’s night.  Reflected in Jesus’ sweat and tears falling as droplets of blood, sorrowful floods of merciful determination to break the curse we all know so well fell in agonized surrendered prayer.  Like blood red moons held there in space by the gravity of a divine mission to be signs of God’s judgement and grace, Christ kept pace with anguished face shining a light on the cost of forgiveness and peace for all to see against the black backdrop of the god of this age. 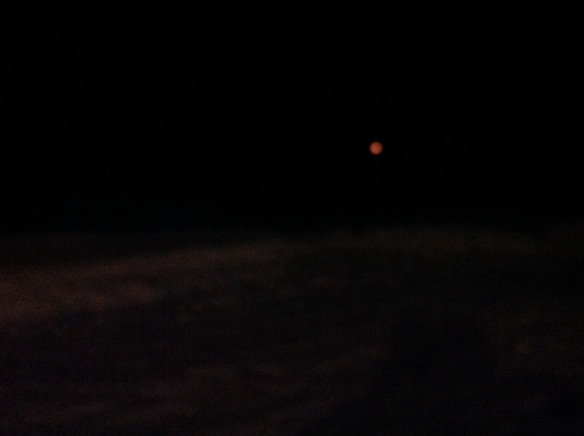 Yet, these self-righteous leaders stumble on the Suffering Servant as if in the dark of ancient prophecies which single him out as the sole person to fulfill each scriptural claim of Messianic hope.  Son of God, son of man beyond all scope of being anything less than who he confessed himself to be.

Ironically the chief priests, scribes and teachers of the law plot to kill him on the same night Yahweh’s deliverance of the Hebrew people from bondage is remembered; when the angel of death passed over each doorpost covered by the blood of a substitutionary lamb, redeeming them from slavery in Egypt.  They conspire to exclude him from a place at the passover meal which points to him as the ultimate Lamb of God. They call for Jesus’ death as one condemned by God, to be cursed and hung upon a tree, despised and outside the blessing of the covenant although it was he who had cut it with them in grace.

Could it have been worse?  Sunset marked the start of a new day as darkness fell and Judas the betrayer would tell how Jesus could be cornered.  Instead of repeating the hope-filled movement of chaos to order like the evenings and mornings at creation’s dawn, the order of this night was to bring chaotic mourning to all who loved and followed Christ as Lord, to bring every letter of misrepresented law upon his head and back in unfettered violence and hate.

And yet he chose to bear the brunt of corrupt human hearts to break its stony hold, praying boldly to the Father, ‘Not my will, but yours be done.’

From wooden beams suspending him above the earth he cries, ‘I thirst’.  A deeply trying, troubling day.  Even the conniving guide who later cried to the authorities that he had betrayed innocent blood tied a noose around his own neck as Jesus faced the unjust trials, dying for us.

We have so much to learn in this uncomfortable place about the God we love and serve.

Will transformation hope become subdued in hardened lines and lives of hushed resentment and hurt when we come under fire?  Will we produce only faint shadows of our high calling when led through nights of abusive attack, or will we grow into fuller expressions of suffering love in the likeness of Christ who died in our place?